Give Me 5 Reasons Why I Shouldn’t Buy An iPad Mini!

I’m buying an iPad Mini and you CAN stop me. It’s really against my better judgement to buy a device that will clearly be replaced soon, and that clearly is a bit underpowered…but I can’t help myself. Can you reason with me?

Both my trip to the 5th Avenue Apple Store (pictures below) and some interesting things I’ve read on the mini have convinced me that it’s the right decision. Just like with family, you’ve got to love the mini for what it is, and not be bitter for what it’s not.

Why I Really Shouldn’t Buy it

I WRITE about technology for pete’s sake. I really should know better. The iPad mini is running on the hardware of 2011, and this is 2013. The screen is underwhelming even compared to far cheaper competitors like the Nexus 7. Rumors (like here, here, and here) all point towards a new mini within the next three or four months. Some say it will have a retina display, while others argue that it’s simply too costly, and we won’t see a Retina model until 2014. Some say the next model’s release date may be as soon as next month.Nonetheless, there’s consensus that now is NOT the time to buy. 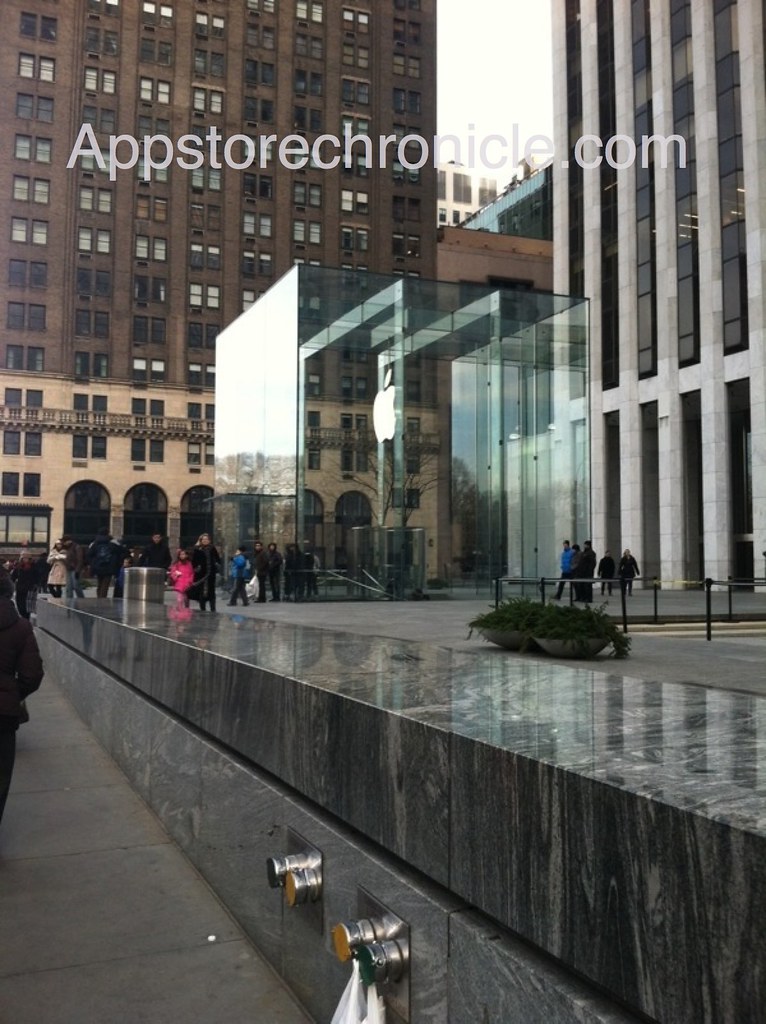 Why I Will (Unless you convince me otherwise)

I’m going to do it- I swear I will. Why? Why would I waste $500 on an obsolete piece of technology? Well, first of all it costs less than you think to buy a tablet, and secondly I really like the mini.

Despite the older stats, when you actually use the mini it feels quite fast for most things. I’ve happily browsed the web, watched videos, and even enjoyed games of temple run 2 while testing out the Mini. I’m underwhelmed by the screen but overwhelmed by the design. It looks great, and it is incredibly light. I honestly loved every moment I held it at the Apple store. Another note: The camera was as fast as lightening

Typing was awkward, and the screen wasn’t great (it was pretty good, just not as good as most Apple products), but I’ve learned to accept that. I’m an accepting person, and I like the ipad for what it is: It’s a perfectly weighted portable device with the biggest possible screen that’s comfortable in the hand. It’s a device for browsing the web on the go, and doing more advanced tasks in places where carrying a computer isn’t possible. It does everything I want it to do, even if it could do a few things a bit better.

And I’m not alone. Here are some other writers who feel exactly as I do about the mini. Minimally Minimalist is a Microsoft Employee, but he loves the mini. Despite its’ drawbacks, Walt Mossberg calls it “a perfect solution“.

It is. It’s a perfect solution. That simple moniker describes it perfectly. Perfectly acceptable as a tablet solution, and so tempting despite its’ drawbacks.