Apple (AAPL) hasn’t had as much to prove as they do now in over a decade. Competitors perceived Apple’s dominance in innovation to be fading, and they’ve been taking frequent shots, like recent ad campaigns by Amazon, lamenting about the iPad’s price tag vs their Kindle Fire tablet.

The first area they targeted was the cloud document space. While Apple has built a user base of 300 million users according internal stats, they’ve failed to gain marketshare from Google Docs and Microsoft Office. Apple’s iWork suite simply isn’t powerful enough to compete when on the desktop alone. Their latest move aims to change that. Apple released “iWork for iCloud”, a web-browser based editor that works across all devices, and syncs with Mac and iOS.

They targeted their platform directly at the weaknesses of their competitors. Microsoft recently touted in an ad campaign, that Google’s Google Docs cloud editor simply couldn’t open office documents correctly, and caused misformatted data. Business customers frequently cite that as a reason they still keep their documents on the desktop, instead of in the cloud.

The first demonstration by Apple, was of iWork for iCloud’s ability to open and edit perfectly formatted word documents. After refuting Microsoft, they next went after Google. Their three cloud tools, Pages (word documents), Keynote (presentations), and Numbers (spreadsheets) are packed with advanced features, and improved design simply unmatched by Google. Formatting, and menu options are more comprehensive as well. This is another move to target business customers. This is also a move to grab even more of Microsoft’s enterprise customers, as they flee from the stagnating Windows 8. The Mac is already growing 13% faster per year than the PC, according to research cited by Apple in their presentation. 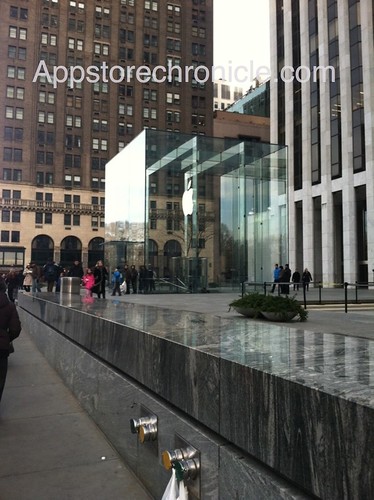 The next company Apple targeted was Pandora, the streaming internet radio service which has already been struggling to make a profit. This may be the final nail in the coffin for the ad-supported service. Apple released their own, very similar service, offering free internet radio cross-platform. This is big, as Apple doesn’t often offer cross-platform apps, and shows a serious effort on their part.

Their advantage lies in the fact that their app will be preinstalled by millions of users in the upcoming OSX Mavericks and iOS 7. Many people won’t even bother to download Pandora. In addition, Apple offered added customizability and relevance of radio stations offered, including such niche stations as “Top Trending on Twitter”. In addition, the service is ad-free for customers of their iTunes-Match service ($25 per year). Pandora’s own ad-free service costs $36 per year, and doesn’t offer the cloud-music capabilities of iTunes match. Put frankly, according to one anonymous developer familiar with Pandora’s revenue model, “This is a Pandora killer”.

Finally, Apple targeted Google’s Android, with their new iOS 7 operating system for touch devices. This move was more defensive, as Apple is currently far behind Android in device activations, but Apple added many features to remain competitive. Apple added improved multitasking, notifications, and browsing, among hundreds of changes. Those three areas were areas where past iterations have notably fallen short. Much of the new design, built by Apple’s Jony Ive, is based on Android’s own minimalist styling, exemplified by Google’s Chrome. Apple even added a brilliant new anti-theft feature, preventing the reuse of a stolen device, unless logged into by the past user. Until worked around, this essentially kills the massive theft black market, and gives iOS users a more secure feeling with their multi-hundred dollar devices.

With these competitive moves, along with the several new hardware products Apple released, Apple has shown that they are playing to win, and that their innovative edge isn’t gone. In response to criticism that their operating system was outdated, they completely redesigned it. They’re bringing in incredible innovations (such as the security feature above) that will soon be the standard, entering whole new markets, and I think it’s a very positive sign that this company is playing to win. With these new products, and those announced to be coming in the fall, Apple is looking forward to a great year, and if you’re invested with them now, you’re in for a great year as well.