Apple put on quite a show today, with a little help from U2. The first hour saw the introduction of the iPhones 6, and 6 Plus, both bigger than their predecessors, and thinner too. The phones were faster, with better cameras, better screens, and better battery life, as everyone expected, but what came after was far more exciting. Also watch: Every video from today’s keynote. 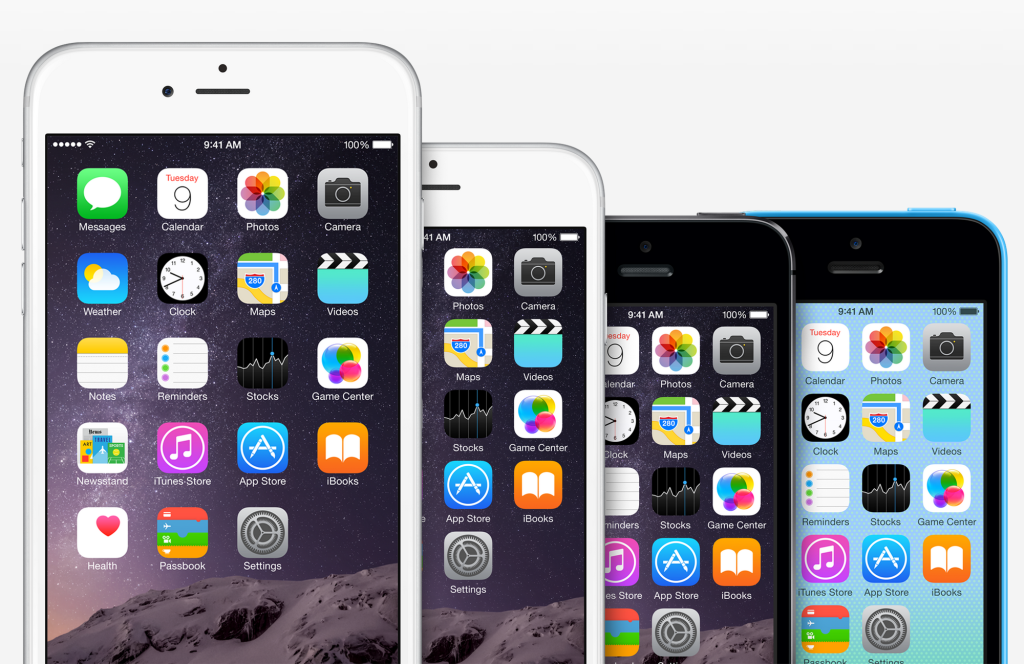 The iPhone 6 is a 4.7 inch beast of a phone, with beautiful curved edges, a great camera, and a new thin profile. Honestly, not much in the experience has changed since the 5S, except for Apple’s health app, and NFC for Apple Pay (more on that later). It’s just a great phone that’s a bit thinner, and faster than its predecessor. Call quality got an upgrade through VOLTE (voice-over-LTE) which allows for higher-speed transfer of data, allowing more audio data to be transported device-to-device. The 6 Plus is a different story. At 5.5 inches, this phone is quite big. It’s got a lot of screen space, but it’s still reasonably light. It’s also got a special mode for one-handed use. App updates will allow for developers to take more advantage of the new screen space, adding more features, and putting more on the display. Users will be able to do more in landscape mode than on any previous iPhone. Honestly, the updates weren’t a huge deal, but they do a good job of making Apple more competitive in the phone market. Battery life across all devices is just about consistent throughout the product line.

The #iPhone6Plus is one beast of a phone 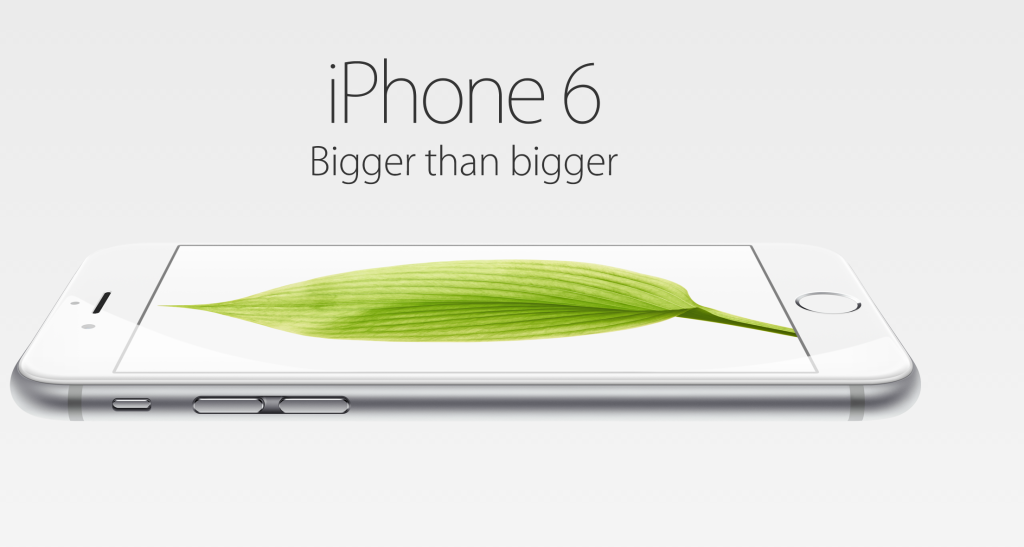 Apple introduced Apple Pay, making it easy to pay for things online, and in real life, using Apple’s Touch ID fingerprint scanner. When it launches in October, it will already work at major chains like Starbucks, Subway, and Walgreens.

*WATCH NEXT: Every Video From Today’s Keynote*

Apple introduced what most people thought would be called the iWatch: It’s actually known as the Apple Watch. It looks beautiful, with a crown button that nods to classic watches, and beautiful steel, and gold finishes, and interchangeable watch bands (Samsung take note[Correction 9:30 PM – A reader called to my attention that the latest watches by Samsung do indeed have interchangeable bands. I was thinking of a previous model] ). The screen is absolutely beautiful, and the watch itself is highly functional. You can use Siri, messages, or a slew of other apps, and an app store is on the way too. Fitness sensors detect heart rate, altitude, and type of exercise, and measure your fitness to a level never seen before. You can even use it with Apple Pay, thanks to built-in NFC, meaning that yes, you can pay with your cappuccino by sticking your wrist in front of the credit card reader.

Will you be using #ApplePay? Weigh in on Twitter

In addition, the Apple Watch will be great for quickly checking what’s happening in your life. You can set iPhone notifications to appear on your watch, and you can also use what are called “glances” to check different things, like weather and stocks, very quickly. As far as charging, there is no charging port. The charging cable is simply a magnet that locks into place much effort.

With the Apple Watch, you’ll have a lot of choice as to what you want. Apple is releasing three editions, each with several finishes, and two different sizes. 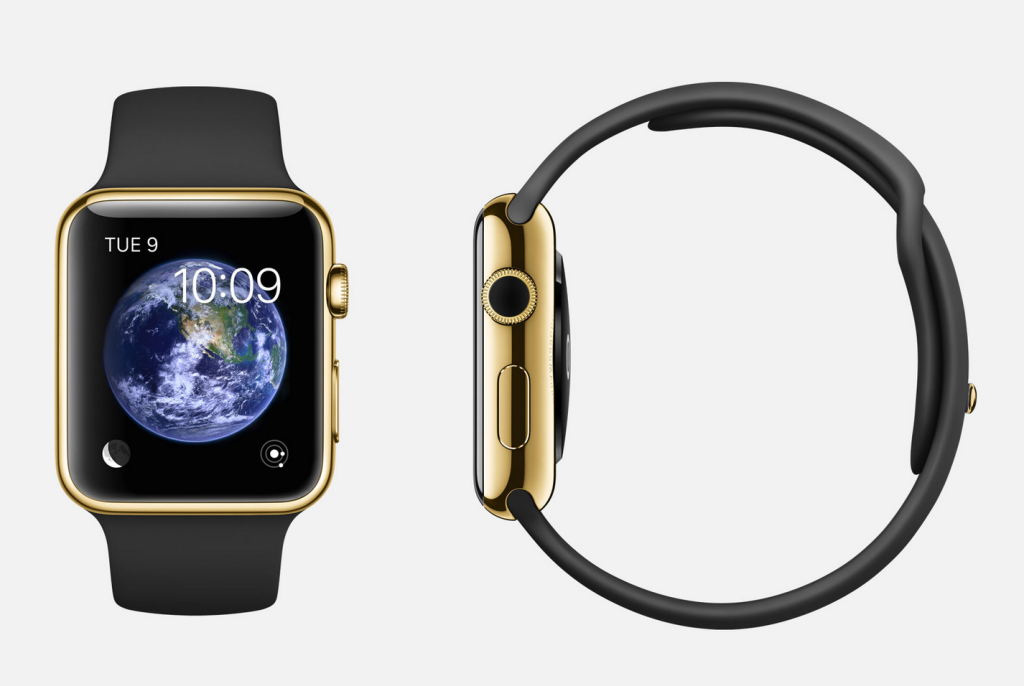 For now, the Apple Watch is iPhone-only. What we didn’t hear about today was durability. If the watch isn’t waterproof, that makes it a bit risky for those of us who perspire heavily while exercising. Hopefully we’ll hear some good news on that before the watch is released. Most models will be $400 or more, though some will be a bit cheaper, so it’s expensive, but about what people expected. 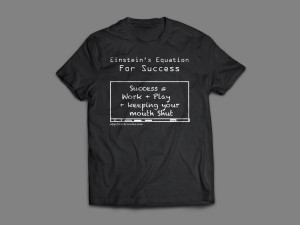 Learn More About This Awesome T-Shirt

The show ended with a little concert by U2, followed by a big announcement. Apple and U2 have been partners for over a decade, but what they did was unprecedented. After a little skit with Tim Cook and Bono, Apple released U2’s long-awaited album “Songs of Innocence” to the 500 million iTunes users for FREE. It was the largest album release in history, and after listening to the album twice, I can certify that it’s an incredible album. It’s also a great marketing ploy for Apple, and U2. The album is exclusive to iTunes through October 13th, allowing Apple to lure users back to iTunes from other services, with a free, awesome album. In return, U2 gets exposure to millions of listeners who were either unfamiliar with their work, or had not purchased their work before. It’s brilliant!

U2 Is Giving Away Their Next Album for free! #Apple

Finally, in Tim Cook’s parting words, we learned the meaning of the giant white cubes that Apple had erected outside the site of the event. They were demonstration halls for the iWatches, and iPhones. And with that, Apple left us to pontificate its latest product line.