At a conference this past weekend, Paypal Founder, and notable venture capitalist Peter Thiel weighed in on Bitcoin, the risks, and its potential impact on society. Seeing as digital currency is just about as futuristic as it gets, I thought his answer would be a fascinating addition to this blog, so I transcribed it below.. Below is the transcript of his thoughts on Bitcoin. 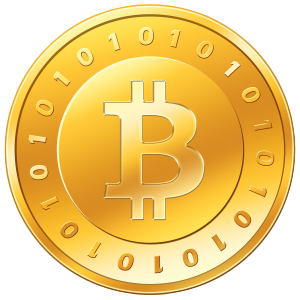 What Peter Thiel Thinks about Bitcoin

“We’ve had sort of this revolutionary original vision of paypal. I gave a talk back in November of ‘99 on strong crypto smartphones, and the end of monetary sovereignty, and how encrypted money was going to change the world. I do think bitcoin is the first one of these that has the potential to do something like that.

There’s still a whole question of whether the whole thing can be effectively outlawed or not, and that’s the part that’s always a little bit hard to calibrate. You know money is this extremely mysterious and important thing. One of the props I always used when I ran paypal was explaining in front of an audience and sort of explaining, I would sort of hold up a hundred dollar bill when we started the presentation, and it’s sort of always interesting how hypnotic [this is]. It got the audience just to be quiet and pay attention. There’s a question why it does that. It’s not very hygienic. Lots of people have touched it, but you know it has like a network effect, where you want it because other people want it. Maybe money is like a bubble that never ends, and then the question is, could bitcoin become sort of the new currency, and I do think all the anti-bitcoin arguments, where “it’s fake”, “it’s a bubble”, “it doesn’t represent anything real”, when you think about it, on some level, it seems like a lot of those arguments apply to this [the U.S dollar] as well, so it is worth thinking about money as the bubble that never ends. There is this sort of potential that bitcoin could become this new phenomenon.

” I would sort of hold up a hundred dollar bill when we started the presentation, and it’s sort of always interesting how hypnotic [this is]”

Read next: The 25 Most Annoying Email Newsletters.

The cautionary note I’d put on it is that it is the case that, as far as I can tell right now, it’s being used for speculation and illegal activity – illegal payments, and therefore it is possible that it will be scrutinized in an increasingly difficult way in the years ahead.

At paypal, one of the companies we encountered was this company called e-gold, which had anonymous sort-of certificates for gold that you could be traded anywhere in the world. At paypal, we made paypal operable with e-gold in March of 2000. We disconnected it from paypal three months later, when we found the main use for e-gold was people finding stolen credit cards, and charging the stolen credit card holders, and then laundering the money with anonymous gold certificates.

And in April of 2001, there was an interview with Wired magazine where they asked me about e-gold, and I said they were a sketchy company. The e-gold people then sued me for libel [the audience breaks out in laughter]. In October of 2001, we settled. You know, whenever we get sued in a company. What happens is you never negotiate…plaintiff’s lawyers are like terrorists, and you never negotiate with terrorists…except in every specific instance. And so of course we settled with them in sort-of the spring of 2002. And then, sort of the aftermath was that around 2008, the FBI got around and arrested all the people, and they went to jail.

Watch Next: Mark Zuckerberg Lectures at Harvard (to an empty room)

And so I think there is this very complicated political question around something like bitcoin where,  the fact that it hasn’t been shut down would tell you something if you had an extremely competent government that quickly stopped illegal activity. Because we do not have such a government in this country, you cannot have any reassurance that it will not be shut down at some point in the future, so I think that is still the open question with it, but it’s very interesting.”

There’s plenty more exclusive stories where this came from.

How the Bitcoin Crash is anything but modern.