The NSA Wants To Help You Do Your Math Homework

Big Brother is watching… and he sees you’re having trouble with dividing polynomials with even integers. Would you like some help?

The NSA, in addition to its duties keeping tabs on your every move, also apparently wants to improve math education, according to a page on their website.

What Do You Think of The NSA’s Latest Objective: Leave a comment 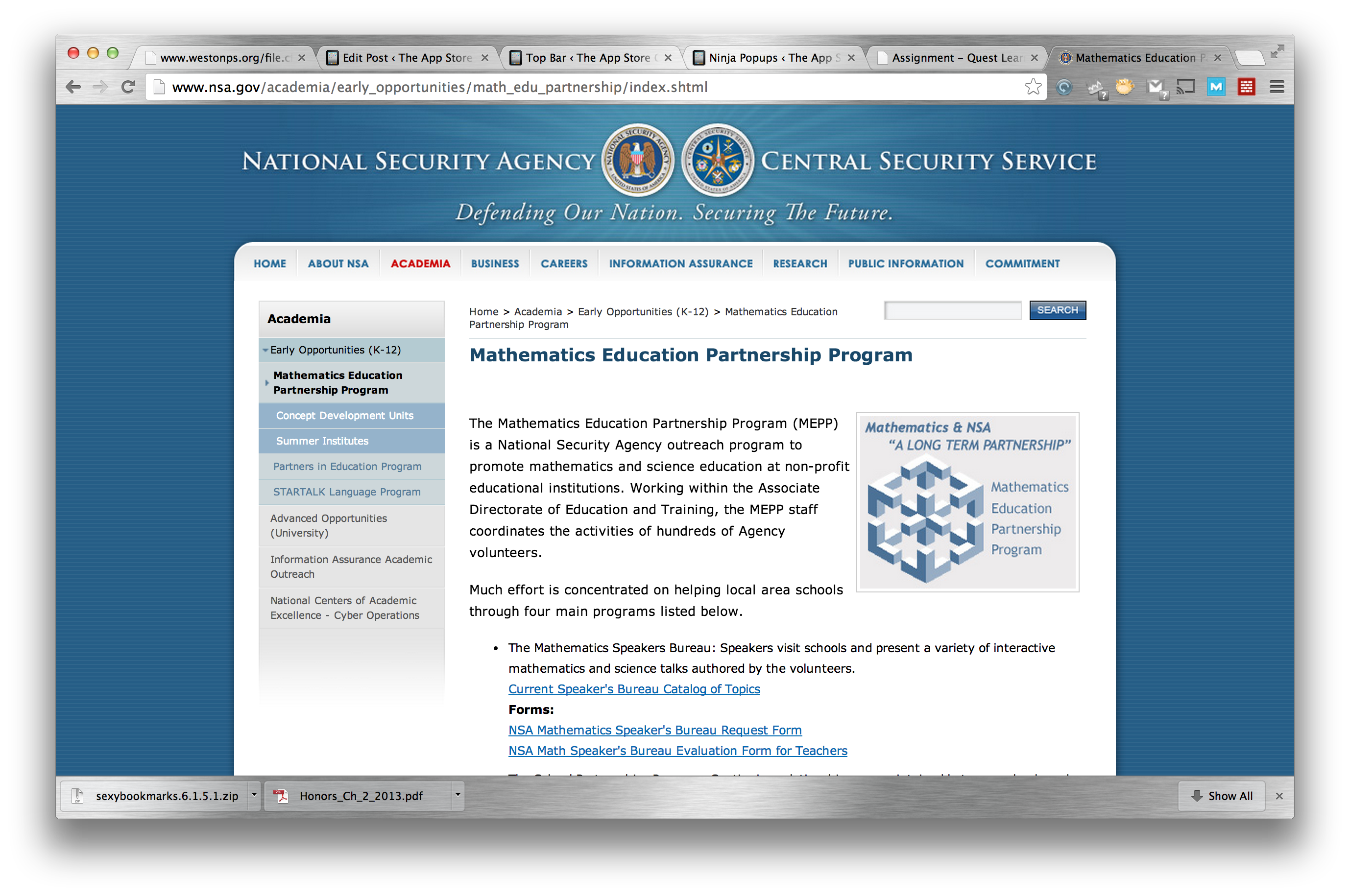