The new iPad Mini’s high price has left questions of whether people will buy its’ cheaper competitors instead, and while I can’t answer those questions in the broadest sense yet of whether it will sell, I can relay one story of a consumer I spoke to. 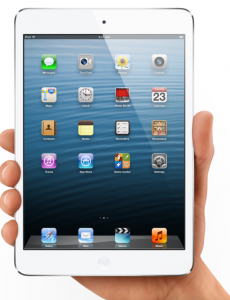 Yesterday I met a woman, in her early twenties, who was very techincally savvy. While you couldn’t classify her as a nerd, she had a nice PC laptop, an iPhone, and an impressive selection of apps and games. For over a year she’d been eagerly awaiting the new iPad Mini.

Last week the iPad Mini  was unveiled, and two days later this woman bought a Google Nexus 7 tablet… and she didn’t buy an iPad Mini. This perplexed me so I questioned her further. Her expectation for the iPad Mini was a device with a Retina Display at an affordable price. She was really disappointed that she couldn’t watch HD movies.

She’s young. She was downloading games and movies onto her Nexus 7 as I spoke to her. She had expectations and they were not met. Without a Retina Display, she simply couldn’t justify to herself buying a device that costs $100 more.

So what can we learn from this? When you continually release new technology, you can get away with a higher price. Example: Retina MacBook Po. But… When you use technology from a device that is two generations old (the iPad 2) and expect people to pay up, some people will go elsewhere (Just like the ill-fated Nexus Q). Don’t scare away your customers. Apple will still sell millions, but they made some mistakes which is perhaps why they had to fire some people the other day (though probably not, considering who was fired)