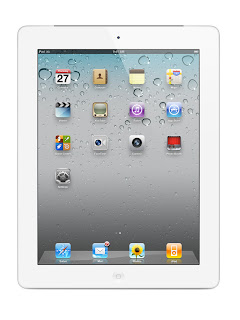 The Apple ipad is now two. On January 27th of 2010 Apple unveiled the hit tablet. A year later they delivered the ipad 2 in white, and black as a faster, lighter tablet with cameras. The ipad is fast. The ipad has cameras. What can we expect from the ipad 3 when it comes out (within the next few months)?

We will see highly improved cameras. I expect that it will be the 1080p HD 8mp Camera set that is currently on the iphone.

We will definitely see improved battery life. I think Apple could shock the world with ana amazingly strong new battery. I’m calling a battery that can last one week of music playback. This isn’t just based on demand. Apple has filed patents for new long lasting batteries.

The new screen will be Retina quality or better unlike the previous two screens. This means that there are so many pixels that are so tiny that it will blend to the human eye. I could also see Apple bringing in a revolutionary new 3D screen that popularizes the medium. It will also probably be the new Gorilla Glass 2.0 instead of the Gorilla Glass original by Corning which will lead to a thinner ipad with more responsiveness and durability