He Built A Satellite in his garage. Now He’s Using It To Photograph Earth Like Never Before

This is a part of our ongoing “Startup Of The Month” Award Series. To nominate a startup. Tweet your nomination to @Msitver. 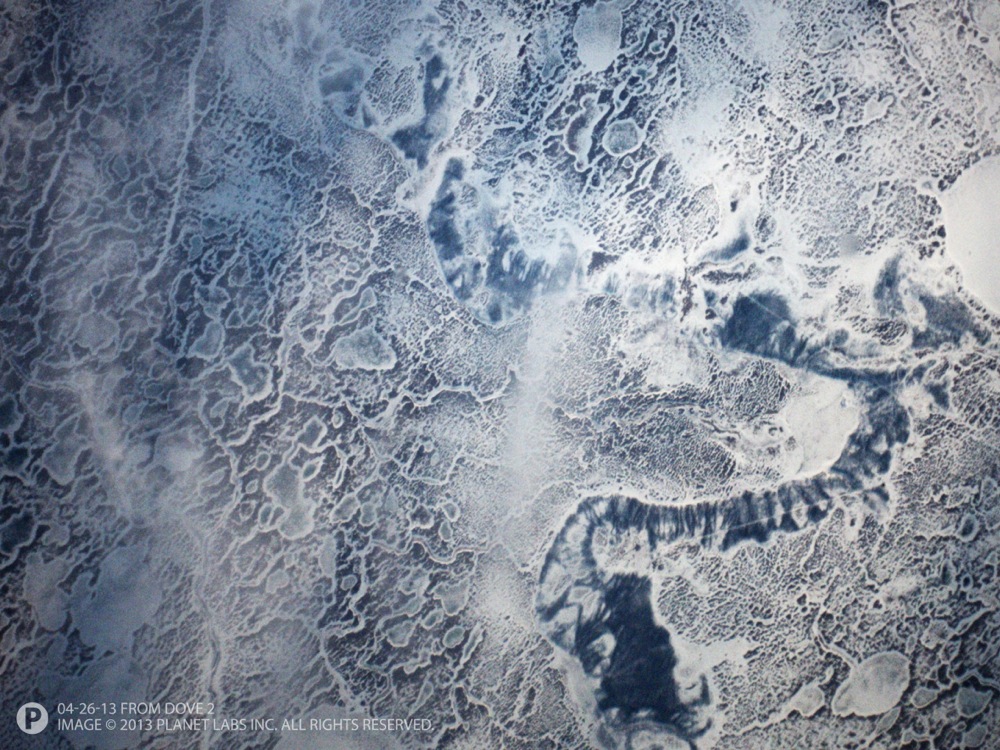 Imagery taken by a “Dove”

Space. Why is it the final frontier? Mostly because it’s so costly to explore. We pay $70 million per astronaut to fly them up to the ISS on a Russian Spacecraft, and a typical satellite can cost $50-400 million to send up into orbit. But what if sending a satellite into space weren’t expensive? What if we could see our world in real-time, for a fraction of the price?

That’s where Planet Labs comes in. We’re proud to name Planet Labs our December Startup of the Month, but we’re even more thrilled to bring you their incredible story. In 2012, Will Marshall, a NASA engineer at the time, started building a satellite in his suburban California garage. In two years, he has raised $65.1 million, built a company, designed a cost-effective mass produced satellite, and sent over 30 such satellites into space. He’s also started doing something that no one has done before. He’s started to photograph parts of earth on a daily basis, so we can see global changes in real time.

As one NASA Engineer described it to me (and as my physics education confirms), rocket launches are a war against gravity. The more mass you add, the more difficult it is to pull something in and out of orbit. That’s why launching a satellite into space has traditionally been so expensive. One recently launched satellite weighed in at 3 tons!

Marshall’s “Aha” moment came when he realized that with the advancements in solar power, computing size and efficiency, and cameras, he could build a network of lean, efficient satellites for next to nothing (in space-industry terms).

See Also: This is Probably The Coolest Rocket Launch Video You’ll Ever Watch 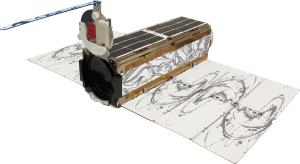 A “Dove” with Comm Antenna Out

Just a few months after launch, Marshall and his friends built a working prototype of a simple satellite the size of a shoe box, known as the “Dove”, which features a super-high-resolution camera that can photograph vast swaths of land in detail, communications technology to beam the images straight down to earth, and solar panels to power the whole rig. So far, Planet Labs has launched about 30 of these into space, and has built “the world’s largest constellation of imaging satellites”, allowing them to photograph much of earth’s surface on a daily basis, as opposed to a yearly basis.

Somebody built a satellite the size of a shoebox!

Agility- Recovering From An Explosion, and Moving Forward

Perhaps most impressive is how efficiently they’ve designed their manufacturing process. When an Antares rocket exploded on launch in October destroying 26 of their satellites, the Planet team built, tested, and delivered another two Doves within nine days, so that they could get the satellites on the next ride available to space.

We also chose Planet Labs because of their mission, and their actions. Planet has built an API (Application Programming Interface) allowing developers, scientists, and hobbyists to make use of their daily archive of the earth in photographs, and so far they’ve made that freely available. They’re making their imagery available to the masses, rather than to a limited set of subscribers, and they’re trying to use their data for a higher purpose.

Marshall posed the question in his recent TED talk (shared above), “How can you solve earth’s problems if you can’t even see them?”. Imagine what we’ll be able to do when we have access to daily images of our earth. We can study the climate, search for hidden WMDs, or watch the ice caps melt in real-time. I try to showcase companies and products that I feel might have a real impact on everyday life, and I’m confident that Planet Labs can.

Planet Labs is also paving the way for other small-satellite based networks. Elon Musk, for example, is working with scientists to develop tiny satellites that can together allow for global internet access. The US government is also reportedly working on a small network for espionage use. 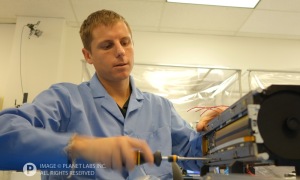 In an industry so hell-bent on developing technology for the future, it’s exhilarating to see a company producing real results today, and on a shoe-string budget (once again, 70 people and $70 million is shoe-string in in Space-industry terms). I look forward to watching what comes out of Planet Labs next.