This morning/last night, we released two coupon codes from Verizon, offering free lightning cables, and free shipping. It was a great deal for the 800+ fans of ours who took advantage, but a terrible deal for them.

It turns out that our little leak caused them to shut down their entire coupon system, for all of Verizon Wireless! I can’t keep from laughing at their misfortunate – schadenfreude. Here’s the chat conversation that confirmed it all:

The deal that shut down Verizon Wireless 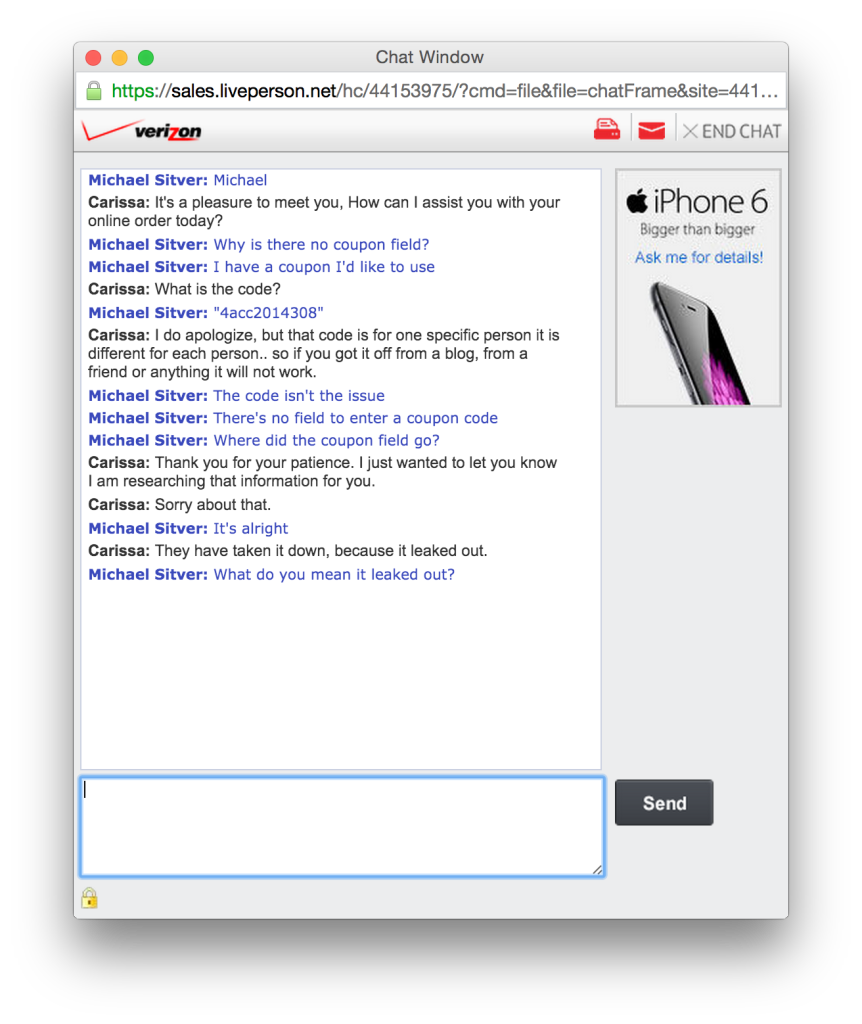