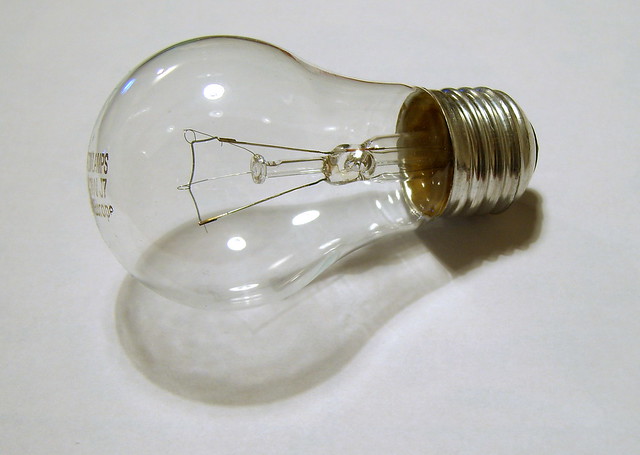 s it that it took Thomas Edison 1000 tries to perfect his lightbulb. Oddly enough, given the technical innovation we’ve seen in the past few decades, the bulbs we use are largely the same as they were a century ago. Sign up for our newsletter here.

2013 seems to be the year of the lightbulb, with a variety of new lightbulbs hitting the market: Is this the year we kill off Edison’s bulb?

The closest thing we’ve seen to a traditional lightbulb replacement, is the LED bulb line by Cree (an LED manufacturer). For around 3 times the price of an average lightbulb, Cree bulbs last 25 times longer, and use 78% less energy, saving over $100 per bulb, if you do the math.

Even better, unlike those god-awful fluorescent spirals, these carry no toxic chemicals, and produce a warmer, better looking light.

For the forward-thinkers: a web-enabled lightbulb

LED bulbs are nice, but quite a few young startups are betting that the lightbulb of the future will do more than just turn on and off.

Perhaps the most prominent example of these web-enabled light bulbs is LIFX, a bright (pun intended) startup that raised $1.3 million on kickstarter. LIFX, retailing for $90, and available for preorder here, is an LED lightbulb with a twist. For starters, it’s Wifi enabled. Simply plug the LIFX in like any other lightbulb, and via a smartphone app, you can adjust the color, brightness, and other settings of your bulb.

In addition, LIFX is built to integrate smartly into your life. When you come home, it turns on, and when you leave, it turns off. As you wake up, you can set it to steadily increase brightness, allowing you to wake up gradually.

My personal favorite feature is the visualization: Start playing music on your smartphone, and your lightbulb will adjust to the beat, like a professional lighting setup.

And LIFX is just the most prominent in a series of crowdfunded lightbulb ventures. Others like the odd looking Nanolight are also hoping to revolutionize the lighting scene.

Sign up for our newsletter, and leave a comment to let us know if you plan on buying a smart bulb.

I still think this is the most important recent lighting development.