Will Apple Kill The Television this April? I certainly hope so

This April, Apple will reportedly release a killer new set-top box to replace the current Apple TV. Early reports suggest it may run “on top” of your current cable TV box, giving your TV a more functional interface, and offering access to services like Netflix directly on your TV.

The fact is, Apple’s new device may do much more than those initial reports suggest.

I’ve spent the last several years covering technology trends on this blog and across the web, and my Apple predictions have been reasonably accurate, but take the following predictions with a grain of salt, because they’re based on my own personal opinions, rather than on any possible leaks. 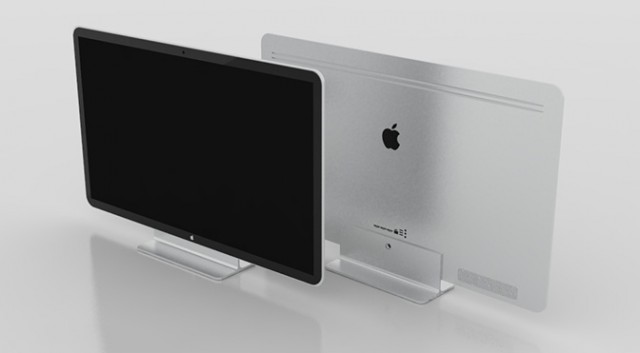 Concept sketch of the “iTV”

Apple has a history of killing major technologies, and introducing new ones

Apple was the first to eliminate the floppy drive, then the CD drive, and even the ethernet port. Apple’s decisions to adopt new technologies, and drop aging technologies have shaped the technology industry as a whole. Apple adopted solid state hard drives for example, and the industry quickly followed suit.

We’ve seen new entertainment technology in the form of devices like the fantastic Google Chromecast, but Apple is about to shake up the movie and TV industry beyond recognition, and for the better.

I think Apple’s going to try to eliminate the cable company, or at least they’re going to try to provide a viable alternative to that damn box that millions cannot yet escape.

How Apple Will Kill Cable

Apple’s CEO, Tim Cook, has been teasing investors for over a year on “new categories” that Apple will be entering soon, but in the secrecy of Apple’s world headquarters, he’s been doing more than run his mouth.

Since the introduction of iTunes in 2001, and its music and movie store, Apple has been building strong relationships with movie studios, and production companies. iTunes already eclipses every cable channel’s on demand program in terms of selection and scale. Recently, Apple has been in talks with cable channels about making their content more widely available. Apple is essentially working to build its own set of cable channels for its own cable service.

Unlike with traditional cable, there’s a good chance that much of Apple’s cable content will be entirely free to owners of iPhones, iPads, and macintoshes (and the new Apple TV we’ll discuss later). There are dozens of payment models that Apple could choose for the service, but rest assured that in any model they choose, they’ll focus on simplicity and not nickel-and-diming, as traditional cable companies do.

At the center of this new cable content will be the new Apple TV (due out this April), which will serve as a hub of the home. In addition to turning TVs into entertainment devices, with access to apps like Netflix, Hulu, and Apple’s new TV service, the new Apple TV will also serve as a hub for the home. Rumors are even circulating of a built-in WiFi router. Apple has for years old the Apple TV, and the time capsule, and the Airport Express, and the Airport extreme – four devices serving different functions in the home. The new Apple TV will unify each of these devices into one mega-powerful new device.

Another key to Apple’s cable killer service will be mobility and accessibility.  While it will be best enjoyed through the new Apple TV, Apple’s TV service will be available on every Apple device, anywhere. Cable companies have steadily resisted the movement towards online watching, because of lost ad revenue, so since they’re late to the party, most cable apps are poorly designed, and highly restrictive. Apple’s TV apps will be easy to use, and powerful. Rather than deal with the hassle of DVRs, Apple will simply allow you to download any show you want straight to your device, anywhere in the world, on demand.

I’m talking about a revolution

The new Apple TV box (I dream of it round), and Apple’s new cable service may well never become a reality, but I believe they will be, because the curated freedoms they offer are uniquely Apple. Only Apple would be willing to so drastically deviate from the technological norm. No other big company would do such a thing, and no smaller company has the resources to create such a service. Prepare for the entertainment revolution. It’s coming!