Hyperloop for Dummies (and non-engineers): How it Works

Is Elon Musk’s hyperloop system really revolutionary? We made a guide that makes it much easier to understand, so you can decide for yourself. 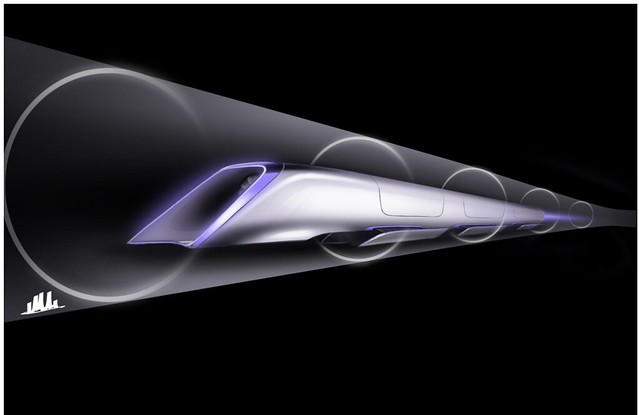 Why was Hyperloop Designed?

How Does Hyperloop Work?

Hyperloop is kind of like an air hockey puck, in terms of how it’s propelled. Capsules float by pumping air through side channels to overcome gravity. Giant energy efficient motors and pumps propel the capsule through a very low pressure tube. The low pressure allows the tube to move at 740 miles per hour.

Friction(normally an issue at high speeds)  is completely overcome by placing an air compressor at the front of the capsule. Like the wind in your face while riding in a bike, or a fast boat, normally a system like this would be slowed by the air it hits, and heat would be generated. The air compressor pumps in the excess air, compresses it (sucks it in, and squeezes it), and uses that same air to further propel the capsule to its cruising speed.

What’s it like to be a hyperloop passenger? Is Hyperloop comfortable?

Hyperloop is very nice for passenger. Each car has only 28 passengers, meaning that it isn’t too cramped or crowded, compared to planes (which may have ten times as many people onboard). Personal entertainment systems are provided, making it easy to occupy the 35 minute ride from Los Angeles to San Francisco. In addition, noise cancelling systems make the ride quiet, and though there are no windows, “beautiful landscapes”, will occupy the walls, making the ride more comfortable.

Why is the hyperloop revolutionary?

This is a highly simplified guide. For the full details, read this 60 page report on how it works.