Since the inception of advertising it was tailored towards the mass media. There was some targeting based on the typical audience of the publication, but until the advent of PPC, Cookies, and other web advertising techniques ads were never as efficient as they could be. 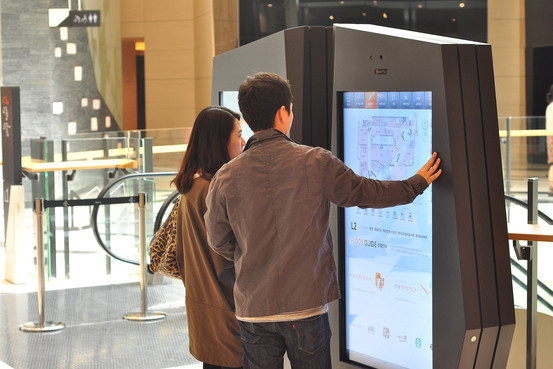 Then came the internet. Advertisers could target gender, location, age, and interests and pay less for more exposure. What only a few years earlier seemed impossible had come to fruition.

And now we have reached the next stage of advertising. When web ads began spreading, critics posed the question of whether it would ever be possible to use the same techniques outside of the digital world.

Now, thanks to a new Korean technology it is. You know those directories at the mall?  At Seoul’s  International Finance Center Mall they have created new directories with built in cameras and facial recognition software to target advertising.

Don’t worry. Big Brother isn’t tracking you specifically (yet). They analyze your face to determine age, race, gender and such other factors which can help to better target ads. I’d much rather pass an ad for a Sony Store than Gucci, so I’m excited and hoping this tech makes it into USA malls soon.

Is this an invasion of privacy? Are you OK with this?