Technology can be frustrating. In a world where most hardware makers share the same operating system (i.e. Android, Windows) I see them release crappy device after crappy device and they’re all the same. Luckily a few fine gadgets have been released that will really set a standard, and I wanted to highlight four devices that are really unique and well built.

The Nexus 7 is a truly unique device in that it is the first tablet to bring speed and quality at such a low price point. For $200 Google is offering a 7 inch tablet with tons of RAM, a quad core processor, a new OS, and a strong build. The value this device provides opens new doors for businesses, schools, and organizations and allows everyone to live the high tech lifestyle. Kudos to Google. 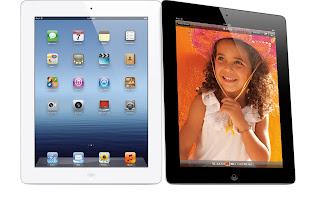 Another device I love is the new ipad. The new ipad sets the ultimate standard in the tablet market with a fast chipset, 4G, HD cameras, and a huge Retina Display that makes using technology a more enjoyable experience. The reason the ipad still dominates the tablet market after three years is that it truly still is the best device out there.

It pains me to say it, but the surface looks like a fine tablet. The faster pro model offers ivy bridge processors. The devices both have HD screens, and strong magnesium builds. It honestly looks like a well built tablet, and windows 8, as I have said is a very fine tablet OS. In terms of unique features, the two optional attachable keyboards are a great idea for attracting business customers. I have to admire Microsoft for taking the bold step of basically endorsing their OS as mostly a tablet OS.

The new Macbook Pro is by far the best computer I have ever used. It’s so light,(see our macbook pro review), lightning fast, and the screen is insane. I love it so much. The computer is just so well built that it could dominate the high-end computing market for years to come. This computer gives me hope for the future of technology.