Flying cars. They never really took off, despite dozens of attempts. Still, the concept is really appealing. Could we build a vehicle that can bypass the busy roads, and fly us directly to our destination? I believe that by 2030 (probably earlier), there will such a product, but it won’t look like every other attempt over the past 60 years. Here’s why, and how we’ll have flying cars by 2030. 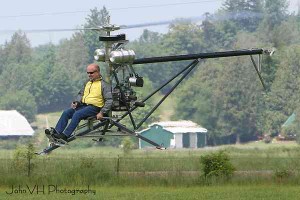 The idea for flying cars has been popular for over 60 years. So why haven’t we built a successful one yet? There are a couple of main barriers that have set us back.

For the past 60 years, we’ve been building flying cars to look, and work like airplanes. This means that in order to operate one, drivers need a pilot’s license, and ample skill.

Pre-ordering the Terrafugia Transition, one of the most current flying cars, will run you $275,000, plus the cost of gas. You’ll also need to pay hefty maintenance bills, and taxes, plus high fuel costs.

Maintaining an airplane is a very precise science, as is flying it. Storing it in a garage, like a car, and driving it around makes it particularly vulnerable to safety issues. Current flying cars are very safe, but many question whether they’re safe enough to justify the cost.

Since we’ve been building flying cars like airplanes, a flying car requires a lot of space to take off and land. The Transition requires 1700 feet (almost six football fields) worth of runway to take off and land. In other words, unless you live in a fly-in community, and work at an airport, you’re not flying to work. This means that the few use cases mostly involve travel.

Why That’s Going To Change

We’re in a new era, where many of those issues will be minimized. First of all, I’d like to reclassify what’s coming as Personal Aircars (PACs), rather than flying cars. Unlike flying cars, PACs won’t be carrying gas, or a trained pilot.

They will take you  to your destination automatically, using something that looks like a giant quadrocopter drone. They won’t be crazy-fast, or go really high, but they will be safe, and reliable, and get you where you’re going. They will be able to hover, and land vertically, and move at very slow speeds, and very fast speeds (think, 100 miles per hour, but straight, instead of the curves of the road).

The first important technology that’s going to make it easier to build PACs is self-driving car technology, which is as-we-speak, being perfected by companies like Google, and BMW. Planes and helicopter have long had autopilot, but Google’s technology will help bring such technology down to a reasonable price range. The plethora of companies that are building drones should contribute some good technology into the mix as well, for automatic control.

The best candidate for building out this technology is Google’s Titan Aerospace, a drone company that they purchased in April of this year. 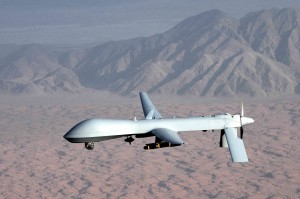 PACs will use lithium-ion battery technology, like many electric cars of today, making them cheap and efficient to fuel, and safe in the event of a crash. They will resemble weird helicopters, and work using electric motors. Sikorsky just recently built an electric manned helicopter, known as the Firefly (not my favorite name- a bit scary). It’s only for demonstration purposes, but it proves what is possible.

This month, Elon Musk’s Tesla motors also  opened up its intellectual property to anyone who’d like to use it in good faith. This means that revolutionary battery and electric-motor technologies will be freely available to use.

PACs will be available for purchase by 2030, but that doesn’t mean that they’ll be readily available. This is pioneering technology, like the first mass–produced automobiles, and PACs will cost a pretty penny for a while. I think they will cost somewhere in the low-to-mid six figures at first, and steadily decline in price. They will be like expensive cars.

Early-adopters will also be limited in where they can use the new devices. Reactive regulation, like the legislation that California has enacted to limit the self-driving car, will likely make many skies unavailable until the technology really catches on. Landing locations will also be limited at first. While PACs will be able to land vertically, they will likely need a margin of safety around them, because of their powerful thrust. This will make them ideal for those with a lot of land (ranchers), or a dedicated parking lot. Adoption will take some time, but it will happen.

The idea for the flying car was first popularized in the 1960s. It’s been 10 years away for more than 50 years. Finally though, the technology exists for this to become feasible, so be prepared. You’ll (almost) soon be flying to school and work, and the super market.

Sign up for our weekly newsletter, and learn first about the latest technology.

These sources proved valuable for me, and may be interesting to you.