A recent reader disagreed with my use of AllthingsD’s Walt Mossberg and the New York Times’s David Pogue’s reviews as evidence of its excellence. I later tested it, and agreed with the press assessment, but his words stuck.

He tweeted that he thought they were “practically on Apple’s payroll” (see the tweet embedded below). So I started tweeting him quotes from other reviewers who thought the same things. The resulting list, I found to be compelling evidence that the iPhone 5S is a solid phone.

This is the only list you’ll need, to prove that the iPhone 5S is a quality choice as a smartphone. Bookmark this, and send it to all your Android-loving friends.

@appstoremike Mossberg and Pogue are practically on Apple’s payroll. Let’s be honest–iOS7 looks like Android and Windows Phone had a baby.

You can make the claim that two reviewers are biased in their opinion, but you can’t deny that ten major reviewers are all partial. So here goes. What the tech world had to say about the 5S:

Reminder: The iPhone 5S isn’t right for everyone. We’re not saying that. We’re saying it’s a great phone, which is true.

Even blogs dedicated to Android had nice things to say about the 5S. Here’s a bonus takeaway:

Don’t let anyone convince you the iPhone is expensive anymore. The Note III is $100 more expensive on and off contract, and the Lumia 1020, Galaxy S4, and HTC One are identically priced. Here’s a good pricing chart: http://cnet.co/1gQKQ5G

Benchmarking may not always be a true indication of a phone’s performance, but if your friends are still arguing with the consensus of 11 notable, impartial tech reviewers, you can point them to these charts. Each pretty much tells the story.

If you disagree with the information presented in this post, I’d be thrilled to discuss it with you. Leave a comment, and we’ll talk. 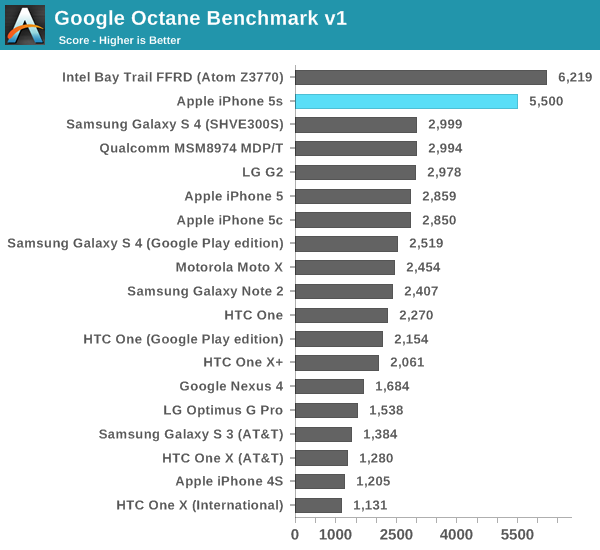