With a massive redesign comes all-new icons, but new doesn’t always mean better, so we decided to rate the operating system’s new design based on an icon competition. We put the old (iOS 6) head to head with the new(iOS 7), and the results may surprise you (even we were surprised). 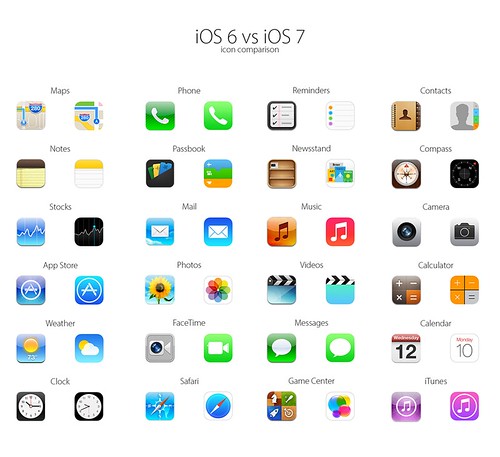 Each app can receive a maximum of two points. For ties, no points are awarded. Winners get one point, while significant winners based on our judges will receive 2 points. Scores will be tallied twice for verification.

This tie was actually completely random. After all the judging was complete, the scores were tallied. This just goes to proving that there are both benefits and tradeoffs in all aspects of this operating system.

Post your own ratings below to help us break the tie