Apple’s iOS, just a year after hitting the  25 billion download mark, has hit the 50 billion app download mark. Absurd. Android, their main competitor, lags behind by about 2 billion downloads, according to numbers released today. The winners (all 51) haven’t been announced yet, but they’re in for some sweet prizes. It’s always interesting seeing what the winner downloaded. 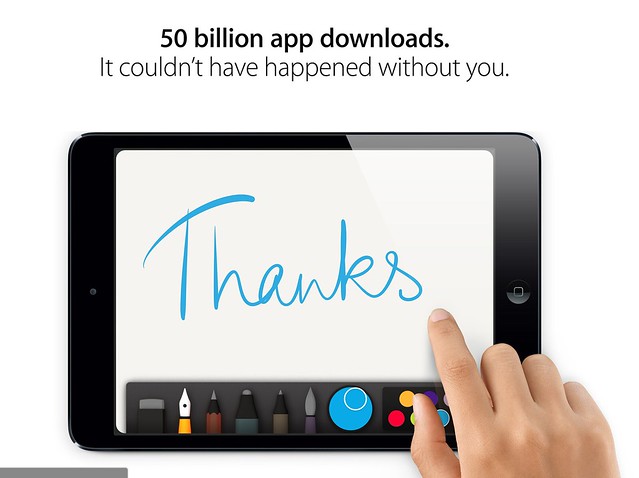