AT&T seems large now, but one century ago it was worth the equivalent of $300 billion (2012 dollars). That would have made it the third largest company in the world today. Also, although they may seem sort of complacent now, they actually did do some great things in the past (the title was a joke). The US’s largest telecom company has had quite the fascinating history and I wanted to do a little spotlight on it then and now

So What’s Cool About AT&T? 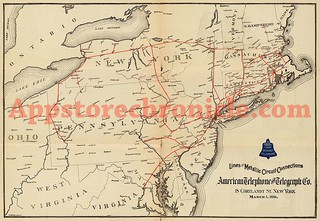 What I’ve mentioned is really just the tip of the iceberg on the history of AT&T from the olden days, so if you are curious, I found a list of some more cool innovations here.