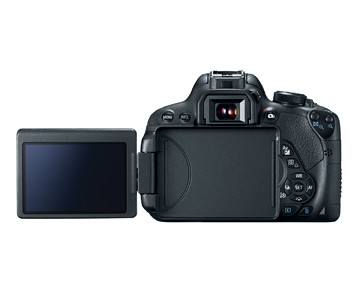 Canon just launched their EOS rebel T5i (700d), and it has some big differences from their previous rebel models, the T4i (650D) and T3i (600D) that you should know before looking at buying any DSLR.

Sensor Changes: Canon has indicated that minor sensor enhancements have been made, but the resolution of 18 Megapixels that we’ve seen since the T2i has been left untouched on the T5i. Three generations is a long time to not touch resolution, but 18 megapixels is large enough for nearly any purpose, and still leads the lower ends of the market, and the mid range.

Autofocus: Canon has kept the autofocus system largely the same, which is is OK on the T5i because the autofocus was significantly upgraded on the T4i, when they switched all points to crosstype, a faster, more efficient focus.

My chat with the President of Canon

Expanded ISO and low light shooting: This has been a sticking point for me in the past with cheaper DSLRs. They don’t always have very good low light performance which means crazy noise, and that the autofocus doesn’t quite work (it just gives up in dim light). The T4i’s ISO range went up to 6400 with expandability up 12800. The T5i doubled the possible range, with an ISO range up to 12,800, expandable up to 25600. This brings the T5i in line with some of its’ more expensive competitors from Nikon, like their full-frame D600.

Burst Rate: The Rebel line has been known as the lower end of burst rate for a while. The T4I shot at a mere 3.7 FPS at full resolution, which is not fast enough for real sports shooting. Many people have paid up for nicer models based on this alone. The T5i has 5 Frame per second shooting, which is just slightly slower than Canon’s $1000+ bodies. That’s a 35% improvement in speed, and now the Rebel T5i is a much more viable option for consumers who want to get that perfect action shot at their kid’s soccer game.

How to find a DSLR

Weight has stayed fairly consistent on the T5i, with a minor difference from the T4i. Everything else from the T4i is fairly similar on the T5i, including the touch screen controls, manual controls, inputs, and layout. Canon did add a dial for a 360 degree rotation feature, and a few software upgrades, but that’s about it.

So when’s it worth an upgrade? If you’re shooting in low-light, or shooting athletics you’ll notice a significant difference, but elsewhere it’s practically the same camera. Video settings have improved a bit from previous models, but not significantly. Ultimately, if you have a 60D, T3i, or newer there’s no real reason to upgrade yet.