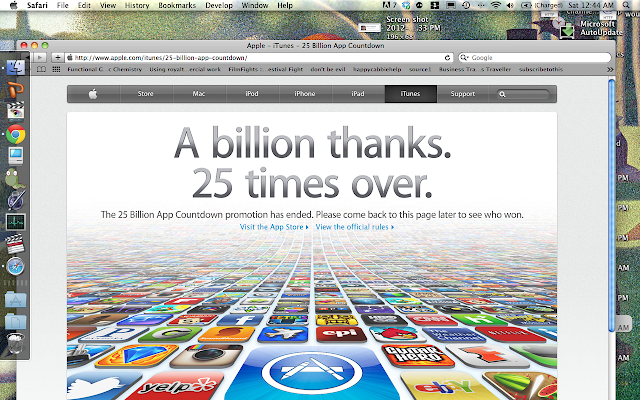 Well, the app store hit 25 billion downloads today at about 12:43 PM Eastern! The winner has yet to be announced but I’m hopeful. The count was slightly off on each browser according to my tests, but I did my best. In the end, people were downloading apps at the rate of 1,000+ a second! It was unbelievable. The clock was automatic, based on time, and not real numbers, so it really is a game of luck. I know the
winner of the billion app contest, and apparently the person who downloads the app before and after receives a call from Apple too. That must be one terrible call! Night y’all. This is probably today’s post by the way. Sign up for our great daily newsletter by the way!

The Billion App Contest is done, and there is a winner!
A Billion Thanks- 25 Times Over. Here’s some photos for you guys to enjoy from the event.
Fact: The average has been about 18 million downloads daily, but today the pace was 86 million app downloads according to our exclusive calculations. 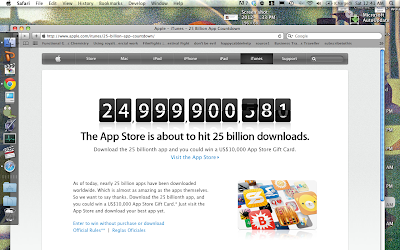 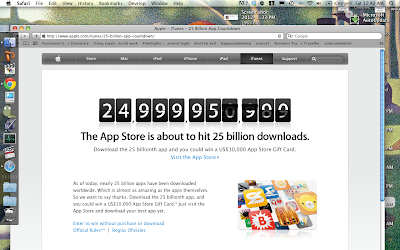 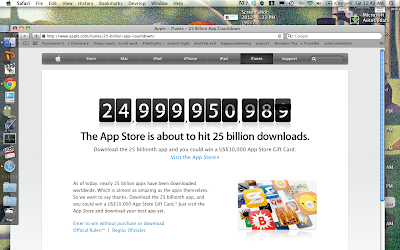 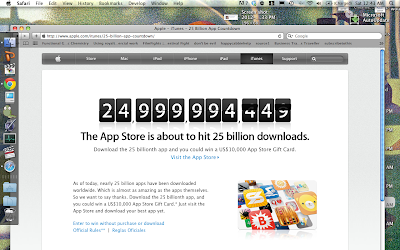